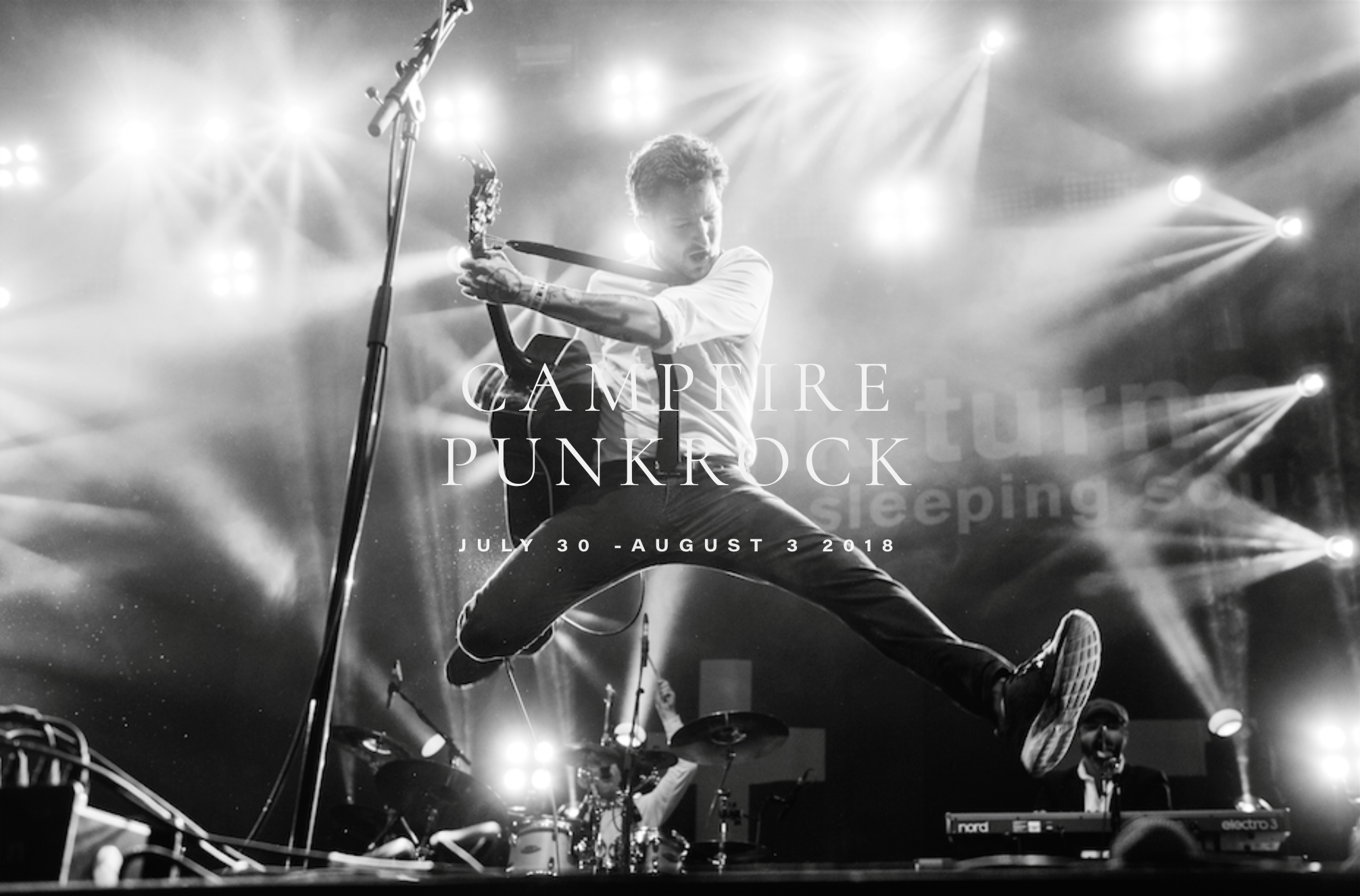 Next year, 2018, is going to be a big one for me. We’re looking at a brand new studio album (which we’re mixing at the moment, very exciting), and a huge world tour to go with that. We’re aiming to get absolutely everywhere on this next cycle, new places and old, so look out for that.

In amongst that madness, I’m going to be spending a week in the Forever Wild Catskill Forest Reserve talking about songwriting. The Music Masters Camps have been going for a while now and have hosted some amazing artists – Steve Earle, Richard Thompson, Melissa Auf der Maur and others – so I was excited to be asked to take part. There’s been a bit of internet kerfuffle about the whole thing, so I wanted to talk about it in depth for a moment or two.

The camp is going to be an intense hangout based around songwriting as a concept. I’ll be there for the duration, with the Sleeping Souls. There are only 125 tickets going, so I’m expecting to get to know everyone pretty well while I’m there. We’ll get deep into my material, your material, arrangement, inspiration, all aspects of writing, and there’s also a plan for us to collectively work on some new material when we’re there. I’m not entirely sure where things will go over the week, which is part of what makes it exciting to me.

Songwriting is the thing I spend the vast majority of my waking life thinking about. In the past I’ve been a little reluctant to talk about it in detail, not least because I struggled to find the right vocabulary for it. On the back of releasing “Songbook”, I’ve been working to get over that mental block, and I’m always interested in sharing ideas where possible, so hopefully I’ll be able to impart some useful and interesting knowledge to the people who come along.

Some people were not enthused by the idea of the camp when it was announced, and it’s worth me addressing that. It’s not a paid meet-and-greet – I still hang out after my shows as much as possible to meet whoever, and believe me there are a lot of them coming everywhere around the world very soon. I have never been interested in commodifying my company. The price tag is on the high side, but most of that comes down to the fact that the camp is in a nature resort in the Catskill mountains for 5 days. This isn’t the only time I’m going to talk about songwriting – I’ve actually recently started working on a book on the subject. And this camp probably isn’t for everyone anyway. But for those interested, I think it’s going to be awesome. Some tickets are still available, so I hope to see some of you there, and the rest of you on the road soon.