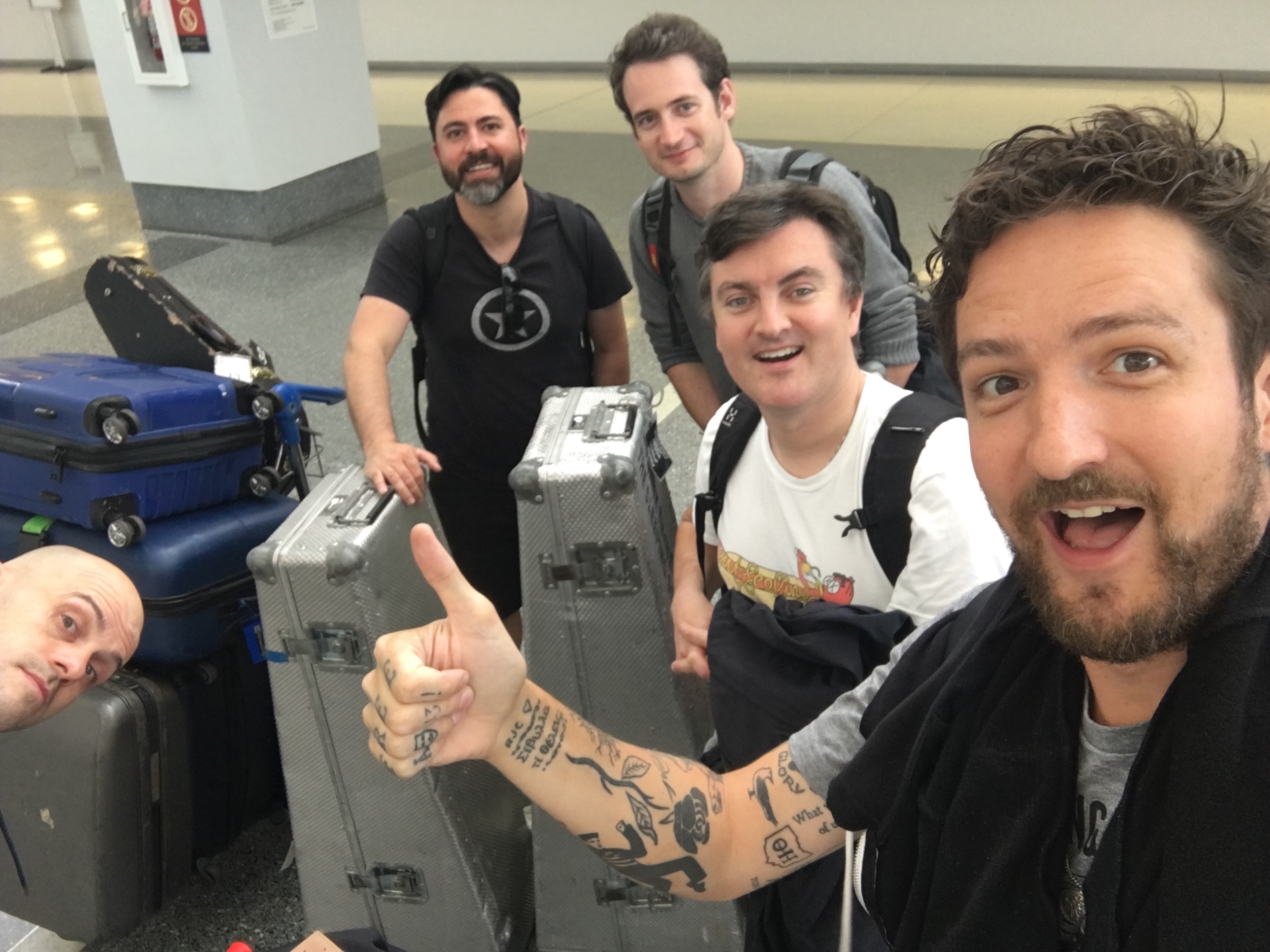 Greetings, one and all, from a parking lot (carpark) in Columbus OH. It seems like only yesterday we were… somewhere near here. In actual fact, we took a couple of weeks off this month. I went to Italy and sunned my pasta-filled self to the point of bronzed incapacity. It was wondrous. But now we’re back at the grindstone, and happy to be so. My email account, upon my return, was something between a snow-drift and a multi-car pile-up, but I’ve just about got to the bottom of it, so I thought I’d do a general round-up of where things are at, as we head into the remainder of this most curious of years, 2016.

Right now we’re at the start of a small US run – we have shows in Cincinnati, Champaign IL, St Louis MO, Maquoketa IA, Milwaukee IL and Kalamazoo MI in the next week or so. Then we have a break in October (I’m working on some secret plans back home; Nigel will be on tour with Sad Song Co). After that, it’s back to the US again for more shows in Athens GA, Charlottesville VA, Morgantown WV, Norfolk VA, Wilmington DE (for Halloween!), Albany and Ithaca NY, and then Toronto.

After that we head to the UK for the Get Better tour – about which I am very excited. The majority of the shows have sold out; there are still a few tickets for Dublin, Carlisle, Doncaster, Oxford, Exeter, Edinburgh, Scunthorpe, Newcastle and Portsmouth. We are still working on an elusive Cornish show – there’s been a lot of changes in venues down there lately which is making it very hard – announcement coming soon. On top of that that, there’s some imminent news for both London and for show 2000.

There was, inevitably, some touting bullshit around the tour. It drives me to distraction, and I’m always looking at ways to combat it. For the time being, I’d say don’t buy from touting sites. Nearer the time there’s almost always people trading tickets fairly, either on twitter or on the forum.

Moving on to charity stuff; I donated a signed guitar to add to my late friend Wayne’s signed record collection, all of which is being raffled off for Music Vs Cancer. Check it out here.

The good people at the Music Venue Trust have launched a new #Fightback initiative, raising money for an emergency venue fund. There’s a show at the Roundhouse on October 18th which is well worth looking into (I won’t be playing this one, alas). In other venue news, there’s a fundraiser here for the great Exeter Cavern, which had a tragic fire while I was away. And if you’re still feeling generous and helpful, the Star & Shadow in Newcastle could use a hand.

Next up, journalism (of a kind). I answered some questions about Nirvana’s Nevermind here, and waxed lyrical about Lucero here.

Finally, for now, lots of my friends have wonderful new music on the way; Xtra Mile sure are busy right now. Skinny Lister have a new record coming, and tour dates in the UK and the US. Will Varley and Beans On Toast have similar. And Koo Koo Kanga Roo put me in a music video, which was fun.

So, in short, the world kept turning while I was roasting by the side of the swimming pool. Which is reassuring. See you all on the road soon.