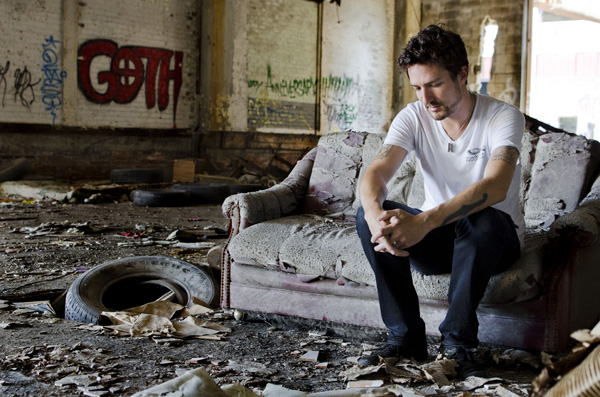 My friends warned me not to do it – don’t get involved in any kind of internet spat with Radiohead fans, they said; they’re basically indie Beliebers, they said. And yet here we are.

I’m taking the piss, obviously, though I have received a fair amount of flak in the last few days thanks to a comment I made about Radiohead in a recent interview. The comment was lazily put, which is my bad, and it was promoted to click-bait headline status (slow news day, guys?), and it left me wanting to elaborate a little on what I was trying to say in the first place.

First up, I’m a huge Radiohead fan. “Creep” is far from my favourite song of theirs, and for my money “In Rainbows” was one of their best records yet (though “King Of Limbs” didn’t do so much for me). Taken as a pair, “Kid A” and “Amnesiac” are probably my favourite albums. I’ve seen them a handful of times, and in fact have seen them play “Creep” (at Reading), and very good it was too.

Secondly, every band has (or should have) artistic autonomy, and no one can tell them what to do, whether it’s label bosses, “the fans” or snarky shitheads like me. Radiohead can play whatever set they want to play, and I’ll most likely enjoy it, and even if I didn’t, so what, right? Also (and I’d like to think this was obvious, but apparently not to some people, so here it is) I am not comparing what I do to Radiohead. Not in the same league, creatively or commercially (who is?).

The point I was trying to make, however, is that bands are not just artists. When you’re playing a live show and charging money for people to come, you’re also an entertainer, whether you like it or not. You can handle that role any number of different ways – you can just play “the hits”, or you can play none of them; you can talk to the audience, or not; you can play for four hours (Springsteen) or roll around in glass and shit (GG Allin). It’s your stage.

My frustration is with bands who see that description, “entertainer”, as some kind of slight. In some cases it’s almost like the audience is an imposition on their sacred creative act. If that’s how you feel, don’t play shows and charge people to come to them, stick to the studio. Perhaps a better example than Radiohead and “Creep” (if I’d taken the time to think before I speak, imagine that!) is Bob Dylan. When I saw him play it was just shit, and he was pretty openly trying to piss the audience off – shit setlist, played piano throughout, sang terribly and changed all the melody. Well, fine, but I won’t be coming back again, not at £60 a ticket.

I guess what I’m saying is, there’s a middle way between being slavishly populist in your set list choices, and only playing weird obscure B-sides. Dropping a song that everyone in the room wants to hear every now and again isn’t “selling out” or whatever, it’s entertaining, and that’s at least part of the job description.

Plus, the world is full of people (like me) who wish they had just one song that was that great. I don’t think I’ve ever seen Radiohead play a single song off “The Bends”, and that’s just a shame to me – they’re great songs, some of the best ever written, and I don’t want to see other people play them if Radiohead are still a touring band.

Of course, as I said, every band is free to think differently about it and play whatever the fuck they want; Radiohead won’t read this, and if they ever did they have no obligation to give a shit. Fine. Personally, I’ll continue to write my set lists to include the songs from early records that I know people want to hear. Each to their own.