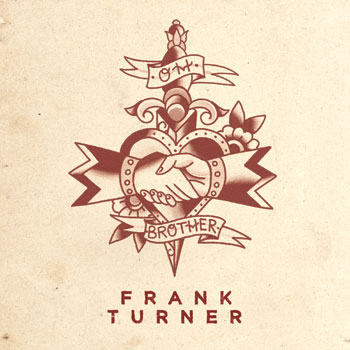 Greetings, people of earth (ish). It’s with great pleasure that I can announce that the next single from ‘Tape Deck Heart’ will be ‘Oh Brother’. It’s a song I wrote about my old buddy Ben Dawson, who played drums for Million Dead (and a bunch of other preceding punk bands, but lets not talk about them).

He’s also now in Mongol Horde with me. I guess it’s a song about friendship, about platonic love, something soppy like that. Basically, Ben is a good dude and if you run into him in the pub you should totally buy him a drink.

Ben also did me the honour of appearing in the video with me. Actually it was a lot of fun to shoot this; I got to take the piss out of his work shirt and ironing skills, he got to call me names because I was ignoring him in the pub, and then we both did drunk “acting” (ahem) afterwards, which ended with drum-kit sustained bruises.

We also reveal that we really do have each other’s initials tattooed on our legs, like the responsible, upstanding adults that we are. Check it out, hope you like it.

You can get ‘Oh Brother’ from iTunes here.